I love the Daily Mirror, but Larry Harnisch thinks Albert Dyer not only carried rope with him but had some extra pieces “in case he could entice more children to follow him”! I had never seen that before. As I explain in Colder Case, it is true the killer(s) did try to entice two more children but that evidence points to Dyer’s innocence. What’s more, Dyer didn’t know one of the pieces of rope was different than the other two. Of course, this takes away nothing from Harnisch’s Georgette theory, which is quite plausible. 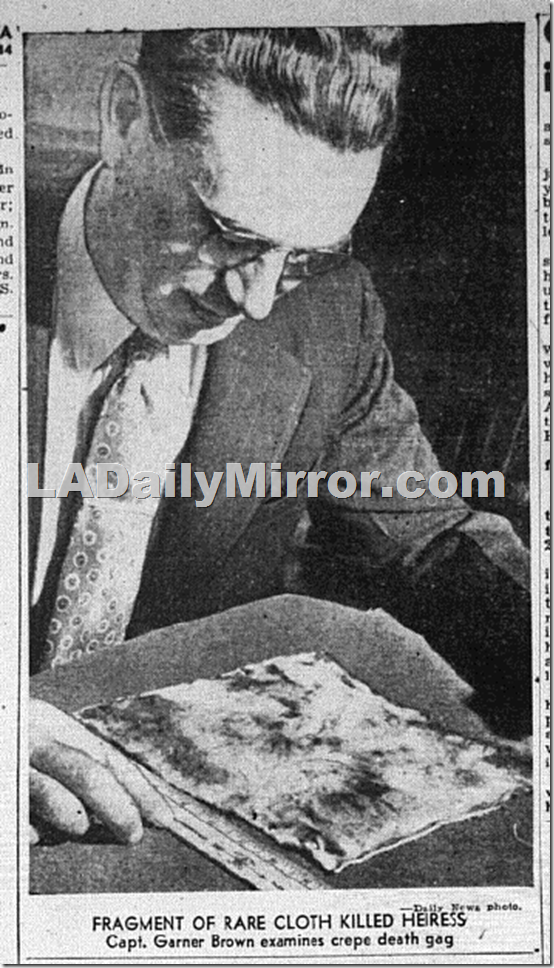 In an attempt to distill the character traits of the man who killed Georgette Bauerdorf, we have been looking at his unusual and unnecessary behavior at the crime scene: Putting the body in the bathtub, turning on the hot water and  trying to clean up the blood on the bedroom rug. And rather than taking the phases of the crime in chronological order, we are going from least speculative to most speculative.